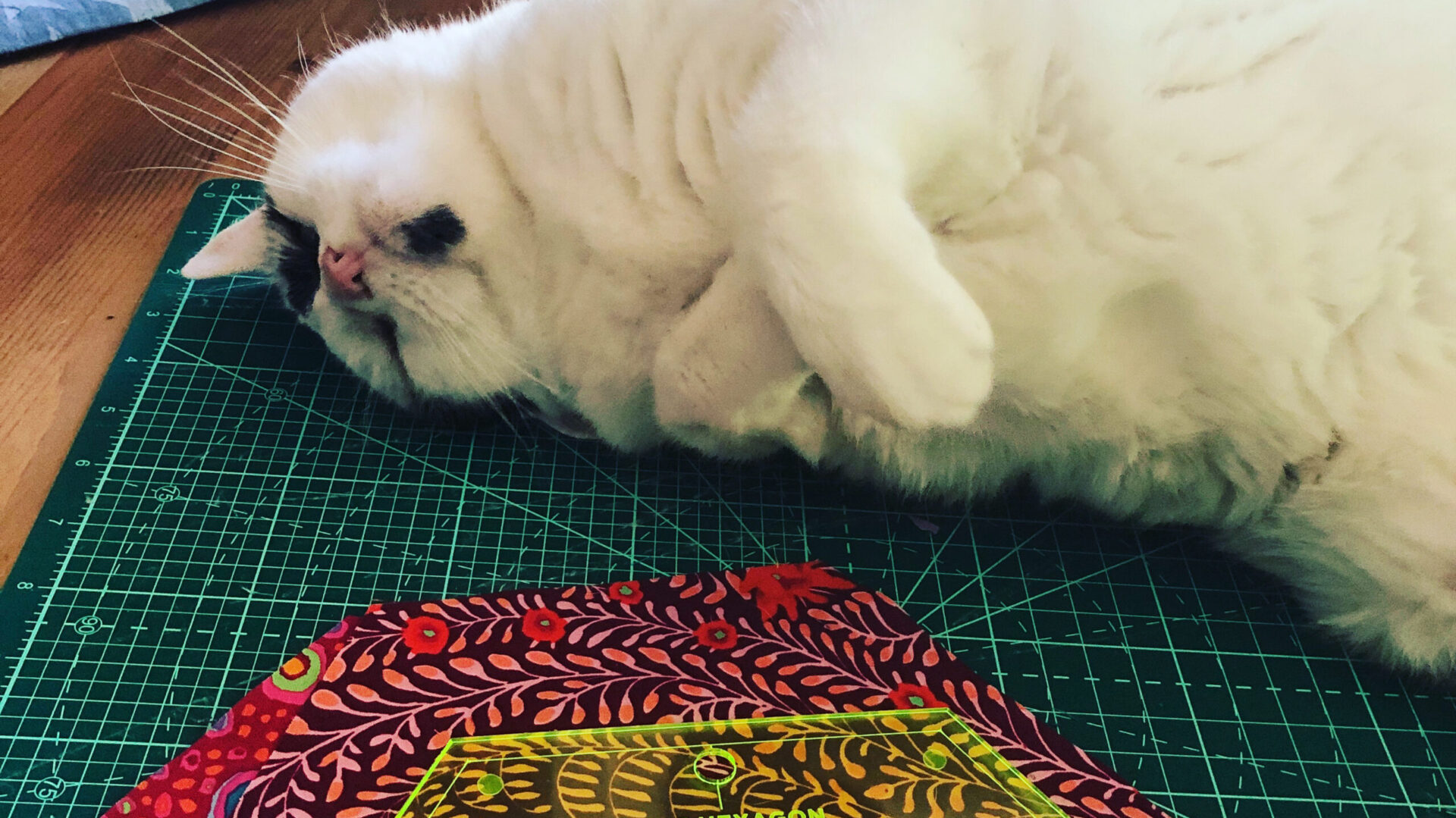 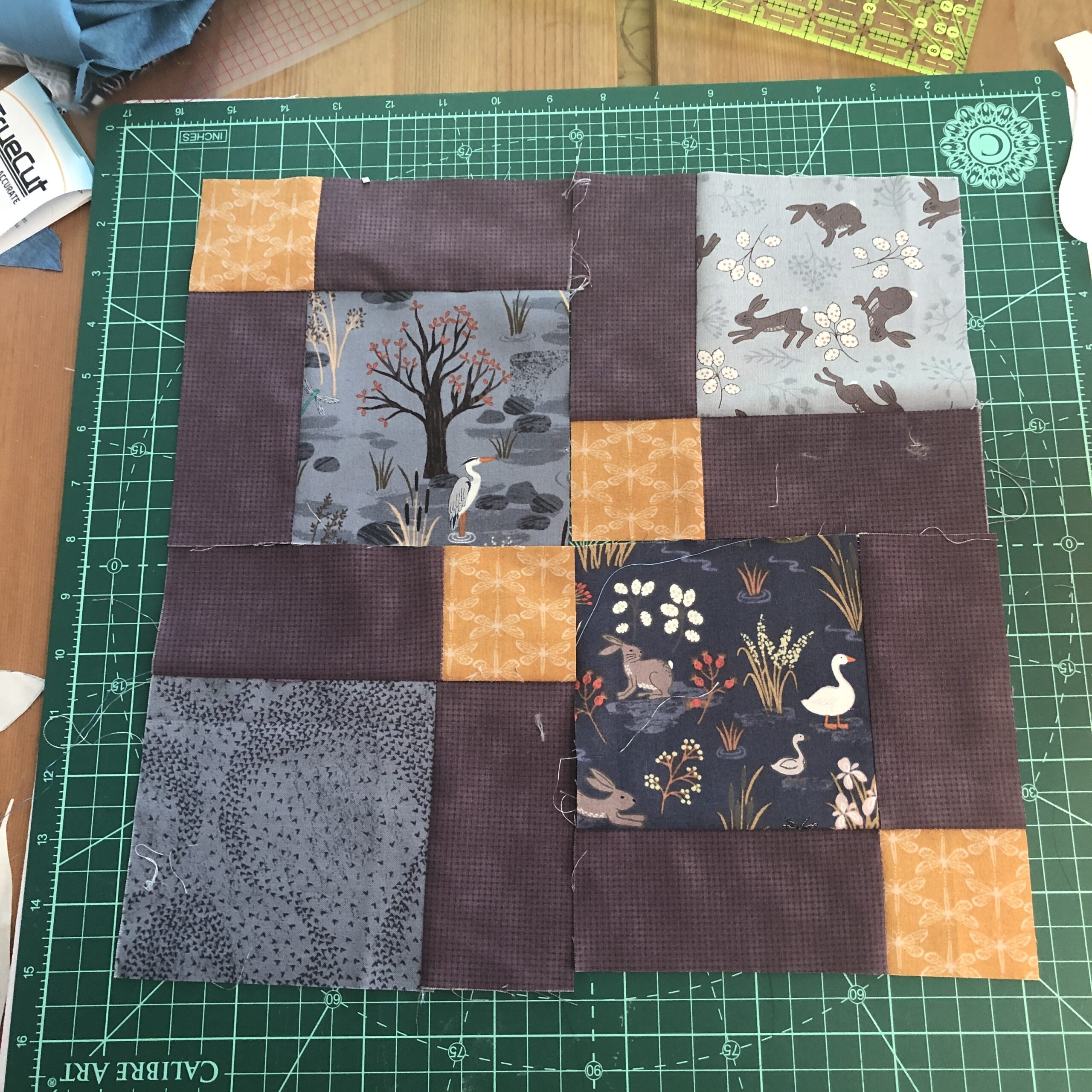 I’ve got a quilt planned around a group of Fat Quarters from Lewis and Irene — Water Meadow — which I had been looking longingly at while browsing our LQS, The Woolworks (run by textile artist Heidi Wulfraat).
It reminds me of the work of my husband’s cousin’s wife, Yorkshire artist Helen Gaunt. I’m going to make an appliqué panel for the centre of the quilt showing the motif of the Moon Gazing Hare.

I wanted to do disappearing nine patches to show off the beautiful figural fabrics, and needed to pick the background fabric.

The first fabric fail is a very dark blue which reads as greenish when put with my fat quarters. Blech. I picked it because I was trying to be thrifty, but then I realized that making the quilt look perfect was more important than saving money.

Then I took my five inch squares to Atlantic Fabrics to audition fabric in person. The second fabric fail, the grey, just read too dull. But the instant I put my squares with the final fabric, the heathery greyed purple Toolbox Basics from Marcus Fabrics) I knew it was right. The colours just jump (look what it does to both the blues and the orange) and the subtle, masculine texture adds depth to the whole thing. Of course it was the most expensive 🙂

This morning I cut my 5″ squares and played with the layout a bit. Because I have two directional prints (and they’re my hero prints), everything has to start aligned by direction. I ended up with this:

Then I sewed the nine patch block and cut it, through the middle, twice:

Then instead of turning some of the four new blocks to create the Disappearing Nine patch pattern I wanted, I just switched the upper left and lower right, without turning them, creating the disappearing pattern and making sure the two hero prints ended up featured in the centre of my new block. Just make sure your favourite fabrics are on the corners opposite each other (either top left and bottom right or bottom left and top right — doesn’t matter) and exchange them without turning.

And there it is! Two featured fabrics, directionally aligned, with accent fabric (the original centre of the nine block) appearing as a disappearing block behind them.

My name is Nina Scott-Stoddart, also known as The Dangerous Mezzo. I’m an artist who started quilting as a response to being covid-furloughed from my work as an opera administrator, educator, singer and designer. All posts are cat-approved. Black lives matter.

My Etsy shop, Little and Little, for cross-stitch patterns 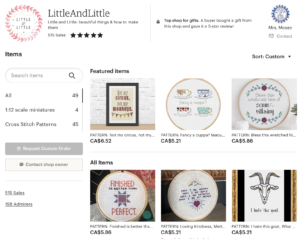